Wednesday was my last day at school!
Originally it was supposed to be a full day where we would leave at 3:30, but then we were told that we could leave at 12:30 instead. Woohoo!!
Dylan was with me so I treated him to Mickey D's saying it was to celebrate summer, but really I was just bribing him since I knew I had to stop at a few stores on the way home. My fantabulous girlfriends had given me a gift card for our outlets and I couldn't wait to buy some summer clothes. I went pretty easy on him only going to four stores, but I got some great stuff.
That night we headed into Rehoboth to Funland. It isn't summer without a visit to Funland where we play tourists. Funland is a little amusement area at a local boardwalk where they have many rides for little kids and a few to entertain big kids too.
Dylan prefers the huge jungle gym 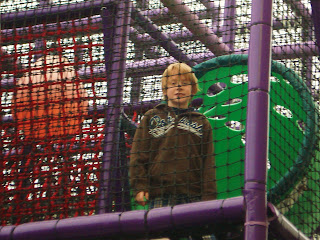 While Zoe headed straight for the swings 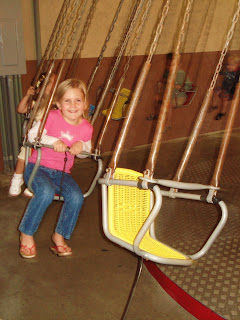 Dyl talked Daddy into riding the Paratroopers with him 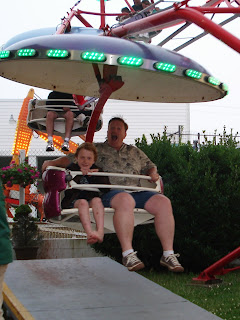 This was the first time my niece, Sophia, had been there so Zoe took her on the boats 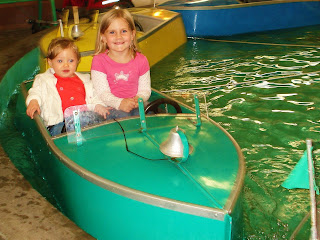 Then we all took a ride on the carousel. 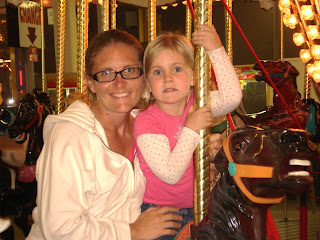 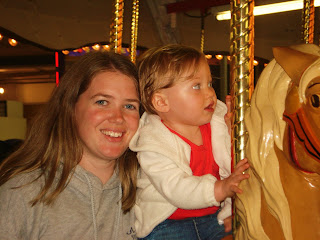 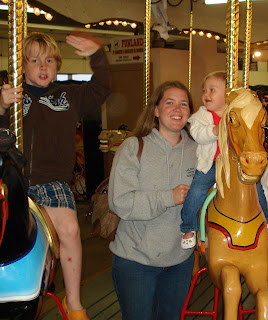 After Funland it was time for ice cream! One of my favorite end of the year teacher gift was a gift card to ColdStone Creamery so I treated the group to sundaes. Zoe left the time and was thrilled when the ice cream guys sang to her.

It was the perfect summer kick off: shopping, family time at Funland, and ice cream!