If you follow me on Twitter then you already know that we had to say good-bye to our dog, Mako, on Tuesday evening. 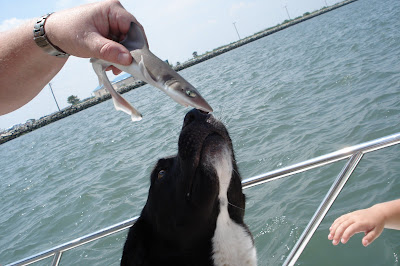 Last month we had taken him to the vet after noticing a rather large bump appearing on his hip. After taking some fluid from it, the vet recommended having it removed. For the price of 1300+! We asked if it was removed would it then come back, but nobody could tell us. After many discussions we decided that we weren't going to be able to pay the money so we would have to just let it go for now, but keep a close eye on it in case something changed. The vet was concerned that Mako had lost a few pounds so we decided to give him what he always wanted, wet dog food to encourage him to eat. Eat he did...at least for a few days. Then we noticed that even the wet dog food would stay in his bowl for a day or two at a time. Of course during this time we were giving him plenty of people food in hopes he would receive enough nourishment.


Throughout the past month he had his good days and bad days. He would chase the car, greet Dave everyday, howl at the fire house alarm, and do tricks for the kids to get them to give him a treat. Then other days he would lie around maybe wag a tail now and then and only raise his head when you moved. On Tuesday, he seemed to be fine in the morning, but I noticed in the afternoon that he was breathing laboriously. It sounded like he was all stuffed up. He didn't ask to go outside all day, but waited till Dave got home before he went out. He then moved to around to lay in all his favorite places around the house. Under the deck where he had a huge hole, in front of the garage, in the front yard where he could watch everything, and his final resting place under a tree at the side of our front deck.


Dave had been outside after dinner to help a neighbor and spent some time petting him. He then came in the house very upset and told me he didn't think Mako would last much longer. I guess part of me had a feeling too because I couldn't bring myself to go outside to see him. Now, of course, I regret that very much, but I realize that it was just my way of dealing with what was probably going to happen. I focused on getting the kids in bed, reading Zoe many books while Dave read Harry Potter with Dyl, and sharing lots of hugs and kisses. Afterwards I asked Dave if we should go bring Mako in and he told me to go ahead. As I went out on the front porch I noticed Mako lying beside the front deck. His bright white illuminated from light from the windows and the moonlight. As I called his name. Nothing. He didn't move his head and I didn't hear the familiar rattle of the name tags on his collar. I knew. I called my neighbor, Steve, to come out and check because I was afraid to go tell Dave. Steve, confirmed that he had died, so I was left to go tell Dave.


I knew Dave would be devastated so that was probably the hardest thing I have ever had to tell him. He went outside to say his goodbye. We ended up wrapping Mako in a blanket and then driving over to my inlaws house where they had told us we could bury him under a tree. If you know me at all I rely strongly on humor to get me through rough times, so all I kept thinking about was how we must have looked at 11 o'clock at night digging a hole and then going to the back of the truck and carrying a white sheet covering something up. Good thing the neighbors were too nosey. We finally put him in his resting place and my in-laws later spread the ashes of their beloved Rufus, which they still had from his death awhile ago, with Mako. We figured at least they could be together!


It's been kind of rough without him around the house. I still get sad when somebody knocks and there isn't a bark, the fire alarm goes off and there isn't a howl, pulling in the driveway without a dog running to greet us, and all the food that just sits on the plates without anybody trying to steal it. The kids have taken in pretty well. I suppose in their short lives it is because they have not experienced much loss or sorrow so it is all relative to them. They reminisce about good times with Mako and every now and then will blurt out that they miss him, but other than that they are doing just fine. Probably better than mommy and daddy, actually. Dylan's first question was, but we can get another puppy right? Maybe someday. For now I will just remember the times we shared with our Mako. 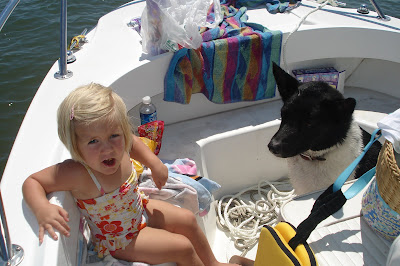 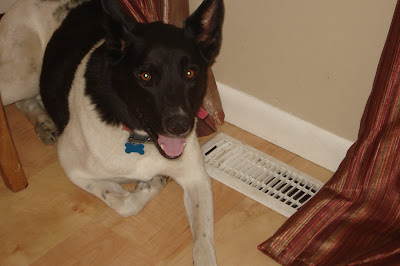 These, of course, are just some of the many memories that we will hold in our hearts about our Mako. He was the best doggy friend any family could hope for.

We will miss you!

Have fun running around in those fields in Heaven, buddy!! 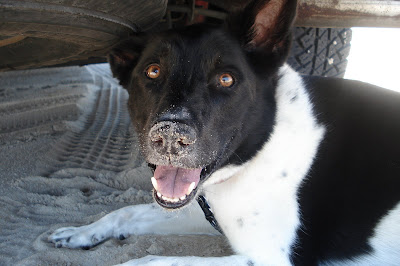