Why is it the weeks can take so long and the weekends are over before they seem to begin?

It was a good weekend though. Kicked it off with a date night Friday night with some friends we haven't seen in way too long. It was nice to have an adult night out.  Although I barely said two words to my husband as I caught up with my girlfriend. Good times!

Saturday started bright and early with a swim meet that was an hour away and started at 8am. Not fun. Thankfully Zoe spent a night with a friend on Friday so only Dylan and I had to get up and get out. The swim meet was a success as Dylan knocked off time on all of his swims.  He swam his first IM of the season where he has to swim 25meters of each stroke.  I was able to video this race which was the first I've gotten this season.

He ended up shaving over 6 seconds off his seed time and came in 4th out of 6.  His butterfly is his hardest swim and it was funny because you can see on the video he streamlines for quite a bit before coming up. His strategy? If he stayed under water for as long as possible he would have to do less strokes!  Guess it worked for him.

Then it was back downstate to the gym to pick up my gymnast. I also had a meeting there until 3pm for our big home meet. We finally made it back home around 3:30.

We ordered pizza and settled in for some Ravens action. Boy, they did not disappoint. I think it was the most exciting game I've watched. Maybe ever. Back and forth went the touchdowns. Up and Down went the excitement level in our house. Crazy! But, they did it. Thanks to that Tucker!  Awesome job by all and can't wait to watch the Championships next week. 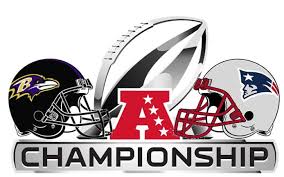 So after that full Saturday, I decided I was not leaving the house on Sunday. Dave took Dylan to lacrosse practice and Zoe and I just vegged out at home. I did some school planning, added some lessons to TpT, checked out Facebook, Twittered a bit, and even got some blog posts scheduled.  Lest you think I was lazy, I did catch up our laundry and dishes too!

All in all, a good weekend.
Now for a four day week ahead, well at least with students. I have a half day professional development day on Friday.  Parent conferences Tuesday night and college class on Wednesday though. Hopefully there won't be any surprises!!

Here's to a great week for all of us!
How was your weekend?!
Email ThisBlogThis!Share to TwitterShare to FacebookShare to Pinterest
Labels: As a Teacher, family, personal, You Tube
Newer Post Older Post Home