Last Monday was Dylan's 8th birthday and he made out like a bandit with three celebrations.

On the Friday before he got to fill up my truck with boys for a kid party. This has to put me on the top of the awesome mommy list, because as a teacher taking 5 boys age 8 on a Friday afternoon was could make me certifiably insane. Anywho, I drove them to Bonkersville where they ran around for a few hours on all the inflatable toys. They definitely had a blast going bonkers. 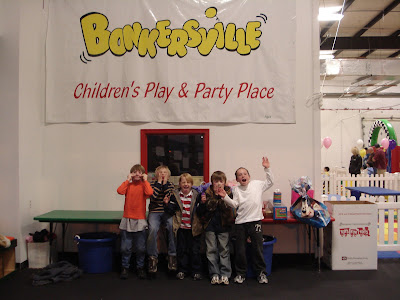 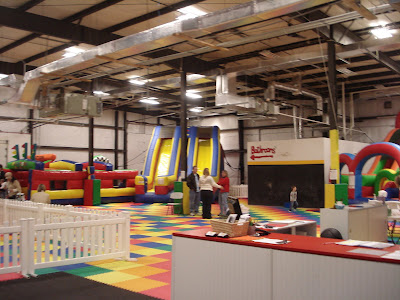 Afterwards it was pizza, fries, and cake at Grotto's. While they were waiting for the food they kept busy playing games. 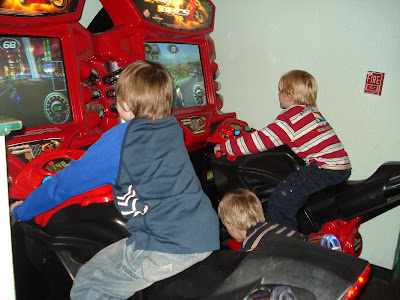 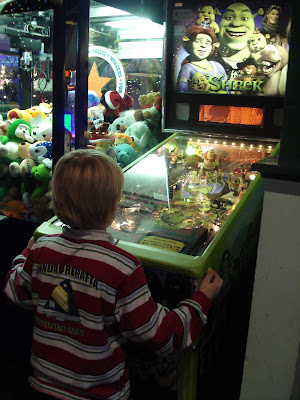 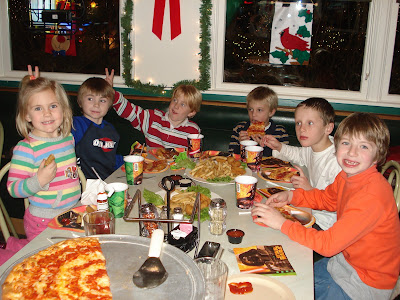 I think everybody had a blast and the kid party was a success.
On Saturday night we had a family party to celebrate. Dylan picked out the menu of steak, Caesar salad, corn, crescent rolls, and ice cream cake. It was nice to have a quiet party without a million kids running around my house. 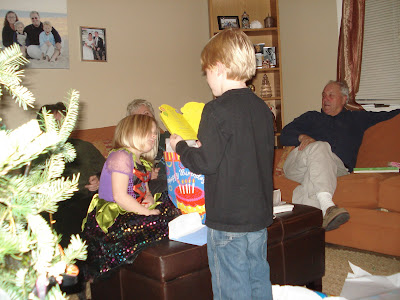 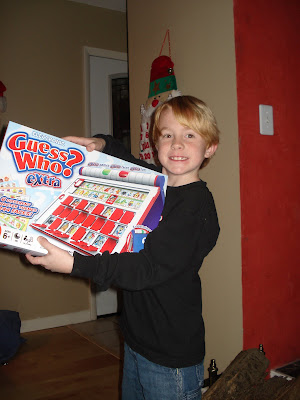 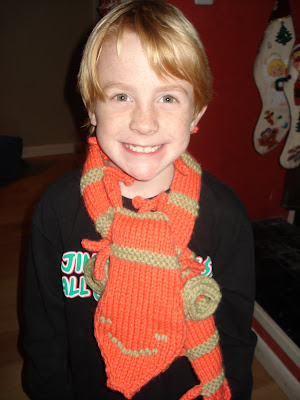 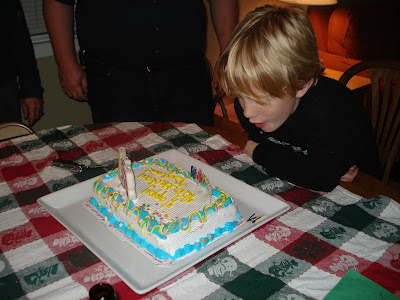 Finally, on Monday Dylan's actual birthday we treated him to his favorite dinner at his favorite restaurant...sushi at Cultured Pearl. He was thrilled! You should have seen his plate of sushi. Unfortunately my camera was at home as I had downloaded the previous birthday pictures the night before so I couldn't capture the moment.

I think all around Dylan's birthday wishes came true.
Here's to a fantastic year to come!!
Subscribe in a reader
Follow me on Twitter
Email ThisBlogThis!Share to TwitterShare to FacebookShare to Pinterest
Labels: family, pictures