A Great Place to Visit

The great thing about being a teacher and living at the beach is that I get to have lots of visitors come share the summer with me! On Thursday Kari and her kiddo's came over to spend a couple of days and we had a blast. Kari and I were home schooled together and attended a Christian camp way back when, but then went off in our separate paths. She went on to bible college where she met her hubby and then they were involved in missionary work. During her traveling time she created her blog and I enjoyed following her families adventures through it. I enjoyed it so much that her blog was the reason I began my own!! The great thing is that Kari also has two children who are pretty close in age to my own so they had a fabulous time playing while Kari and I caught up. Check out all the fun we had... 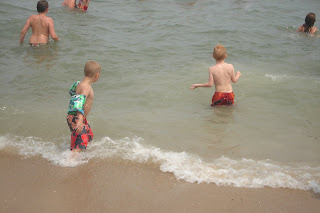 First things first...everybody wanted to head to the beach of course. Dylan and Alex jumped some waves (above) while Chloe surfed, with a bit of help from mom of course (below). 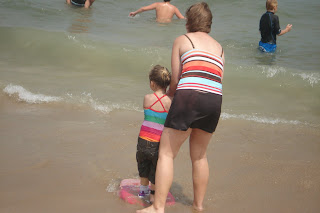 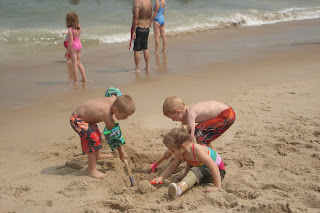 Everybody enjoyed digging some little holes and building sandcastles (above). Later that night, back at the ranch, or maybe I should say castle, we had some very special princess visitors. Zoe was delighted to have Chloe dress up with her. They modeled princess attire and partook in tea for most of the evening (below). 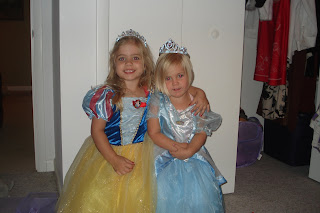 The next day it was off to Funland. In case you can't tell from my post here...we love Funland in the summer!! Of course, Funland does require some patience as you wait for rides, which all the kids did relatively well. (Dylan looks so darn grown up waiting with his hands behind his back...this year for the first time he decided that the boats were too small for him *sniff*sniff*) 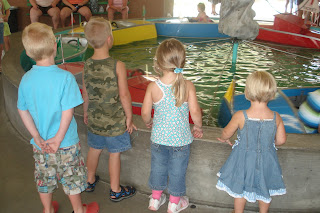 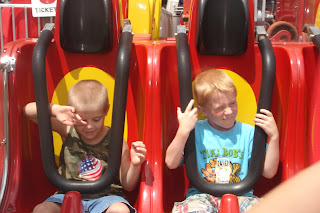 The boys hopped on the Frog Hopper (above), while the girls took a ride on the Super Trucks (below), the pink one of course!! 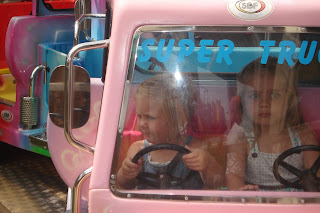 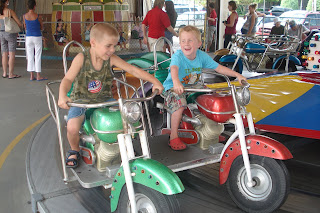 The boys also enjoyed a motorcycle ride (above) and no beach day could be complete without a Kohr Bros. frozen custard with lots of sprinkles...yumm!!! (below) 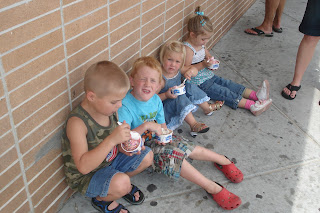 What fun it is to be able to live here and share summer adventures with friends. So who's up to coming next?...
Email ThisBlogThis!Share to TwitterShare to FacebookShare to Pinterest
Labels: family, friends, pictures