One of the reasons I originally started blogging was to have a journal or scrapbook of sorts to record the memories.  I haven't quite had the words to describe everything that has been going on this week so thought I would jot them down more as a journal entry.

I'm busy preparing back to school goodies in the dining room.  Zoe and I are stuffing party bags to create "teacher survival kits" that I'll pass out the next day at our first inservice and Dave is sitting on the couch next to us.  Dylan comes in from the den and says, "What was that? The whole house just shook? What happened?"  We looked at him funny and asked what in the world he was talking about.  None of us in our great room felt a thing. I was even standing up! We basically told him that he was crazy and sent him back in to finish his computer game.  A few seconds later Dave talks to his dad who immediately asks him if he had felt the earthquake.

Excuse me?
WHAT?
Did you just say an earthquake?
In Delaware?

Apparently there had been a 5.9 earthquake in Virginia and it was felt all up and down the east coast from New York to the Carolinas.  Crazy! Thankfully there was not much damage and no injuries or fatalities, but definitely something to remember.

Although I personally feel a bit let down.  Probably the only earthquake I'll ever have the chance to experience and I didn't feel a darn thing. It seems that only my crazy son will be able to talk about feeling the earthquake of 2011 in Delaware.

Hurricane Irene is making her way north and it looks like a direct hit for the Delaware Coast.  The Governor declares a state of emergency, stores run out of batteries, flashlights, duct tape, and plywood, gas stations run out of gas, and shelters open.  It looks like things are going to be pretty grim.

We joined in the preparations by cleaning up our yard, taping the windows, preparing our first aid kit, collecting water, and stocking up on some food.  The one thing that drove me nuts was how slow the storm seemed to take to get here.  It seemed like we were preparing forever.  I honestly think that the waiting to see what was going to happen was the hardest part of the whole thing. 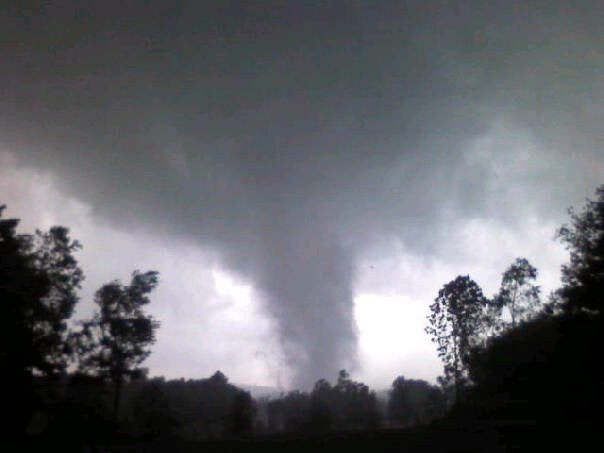 The waiting is finally almost over and the Hurricane will be here overnight.  One thing that I never anticipated though was that the hurricane would bring its friend the tornado as well.  We were under a tornado watch for practically the whole day and then went in and out of tornado warnings as they were spotted around us.  I must say that I was more scared about the tornados than the approaching hurricane.  Thank goodness for Twitter because I sent a frantic call out to see how in the world I would know if one was coming and got lots of feedback.  After checking the sky to make sure it wasn't green, listening for the freight train, and the sirens that supposedly I would know were signaling the tornados I started to relax again.

Hurricane Irene was expected to get to us over night with 1-2am being the worse.  By 10pm I couldn't keep my eyes open anymore.  The stress of  back to school, earthquakes, tornados, and hurricanes had taken their tolls.  The whole family stayed in our bedroom with the kids camping on the floor along with the dog and the cat in our closet.  I really didn't think I'd be able to sleep, but boy was I wrong.  Other than being awoken a couple times from the dog barking, I pretty much slept the whole night.

Sunday, August 28, 2011
We have survived Hurricane Irene!  After waking up and assessing the house as well as the neighborhood it looks like all is well.  We had a light leak in our bathroom which actually had leaked before so not really surprised, but other than that no standing water, no tree branches, no other leaks and amazingly we still have power and satellite.  God is good and we are very blessed!!

There is still a driving ban declared so we are stuck in the house for awhile.  We are hoping to get out later to see what we can see and help if needed.

I'm thinking about all my friends further up the coast as Irene continues to make her way North.
Be safe!!
Email ThisBlogThis!Share to TwitterShare to FacebookShare to Pinterest
Labels: life
Newer Post Older Post Home