Teacher Perk and other things

Every four years I am thankful that I am a teacher. Why? Because that means it's election year and I get one more day off in November. Woohoo. Even better is that Election Day falls on a Tuesday which is Dave's normal day off, which in turn means...FAMILY DAY!
We started the morning by sleeping in. Okay by "we" I really mean "me" and don't tell, but I really wasn't sleeping I was just trying to read some more chapters of Eclipse. The kids and Dave were up pretty early, but I refused to get out of bed.
I got up just in time to get a shower, grab a cup of coffee, and go to Zoe's gymnastics/dance class. This was the first class I have ever gotten to watch since it is usually daddy's job to take her. I like that he and Zoe have some time together, but I do miss watching her. I was super lucky today because usually the parents have to stay downstairs while the girls go upstairs to dance, but today we were all allowed to watch. Zoe did such a great job. It is really like she was made for dance the way she is so flexible and graceful. I'm always impressed by her pointed toe. Here are some pictures I snapped since Daddy has yet to produce any from any of the classes. 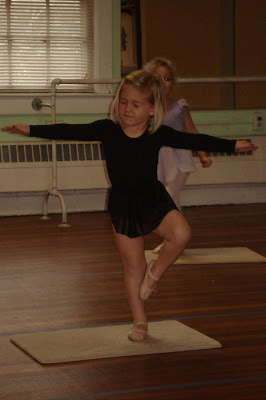 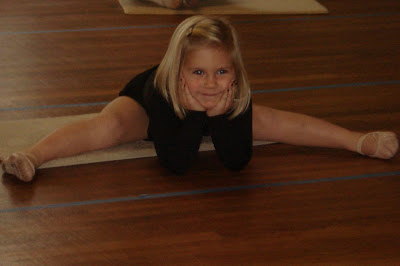 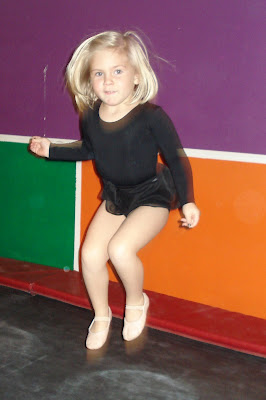 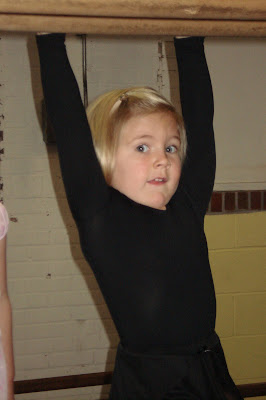 After gymnastics we headed to vote. This is what we saw when we got there... 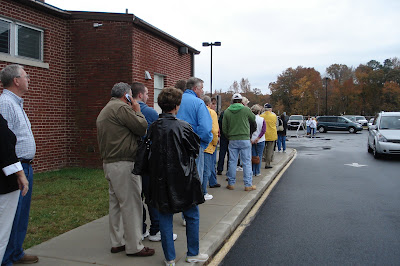 It wrapped around the corner and then snaked around inside the building. About an hour later though we made it and our voices were heard (evidently not loud enough, but I won't go there). The kids were not happy about the wait, but did cheer up when they both got to push the big green "Vote" button. Zoe was so darn proud of herself and told everybody who would listen how she voted today. 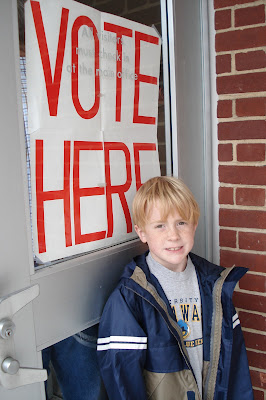 We were going to head in to town for a bit of shopping, but never did make it there. Dave went over to help his dad with something and Zoe and I cuddled in bed for a nap on the rainy, gray day. Well she napped while I read a few more chapters in my 3rd Twilight book! It's a good one!!
Once we woke up, Zoe and I made something new for dinner. It was delicious and very low in points. Be sure to check this weeks Five Point Friday to see what we made. 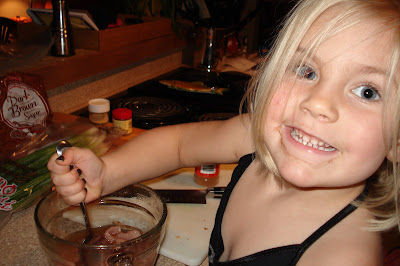 Oh and I know the Bloggy Giveaway ended last week, but there are still giveaways to be won. Read what I had to say about stress and how to get rid of it over at Chic Critique. You could win some lotion to melt your stress away too!
Email ThisBlogThis!Share to TwitterShare to FacebookShare to Pinterest
Labels: As a Teacher, family, holiday, pictures