New York - My favorite city in the world

Up until 2 years ago, I had never been to New York. Kind of weird considering I have always lived within 4 hours of the Big Apple. Then I took a bus trip there. Five visits, four Broadway shows, one carriage ride through Central Park, and multiple shopping trips later and it is my most favorite city ever. I actually told Dave after this trip that if I ever win the lottery I will buy an itty bitty flat there so I can visit often.

Anyways, this past weekend my parents, brother, Dave, myself, and the kids headed to the city on a bus trip I had organized for my school. Our big plan was to spend some time visiting the Statue of Liberty and then just some shopping and city sight seeing.
We got there earlier that expected so we headed to American Girl first so Zoe could spend her birthday gift certificate from Grampy and Gramma. She was beside herself trying to decide what to get. She finally settled on a ballet outfit for her doll with a matching one for herself, along with a pink pj and cheerleader outfit for her doll. Here she is with her purchase outside the store. 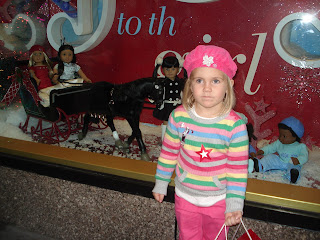 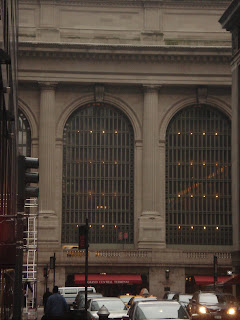 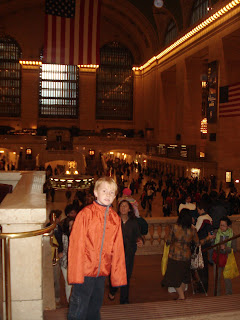 There were halls going here, there, up, and down with different numbers and letters pointing you to just about everywhere. We found the train we needed relatively easy although it took us a bit to figure out how much we needed for metro cards. Eventually though we made it on the train and was on our way. 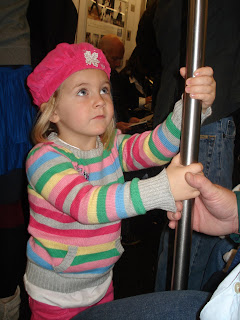 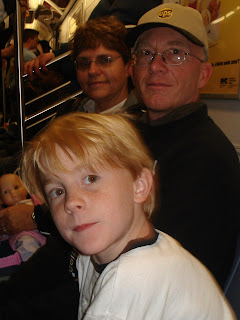 When we got to Battery Park we were greeted with a bit of a rain shower. We made it early for our ferry ride so we took some time to hang out in Clinton Castle and enjoy some hot dogs and pretzels. 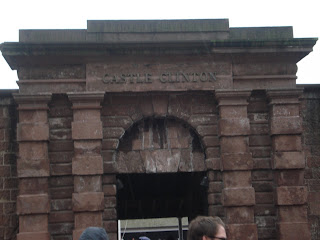 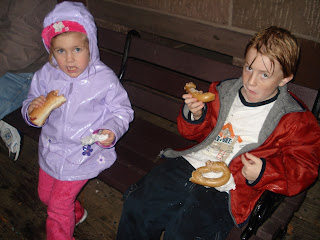 After lunch we hopped on the ferry, after going through security and waiting in some long ol' lines. We were lucky enough to score seats on the ferry, which was nice for me considering the boat was doing a bit of rocking before departure. The ferry ride wasn't bad though and before we knew it we were arriving at Liberty Island. We headed to the Statue for our monument visit and I have to say that if you go you must purchase the tickets in advance so you can go inside because it is pretty awesome. You do have to wait through a few security lines which took awhile, but it was worth it. Of course, I must mention that you should be prepared for some leg burning as you walk up one hundred fifty some steps to get to the observation deck. The kids were troopers and hiked up every one and back down them too. The views were amazing even with the fog and rain. 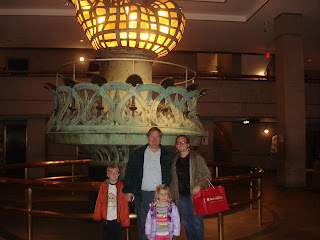 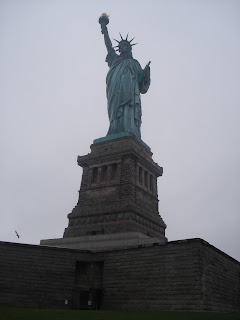 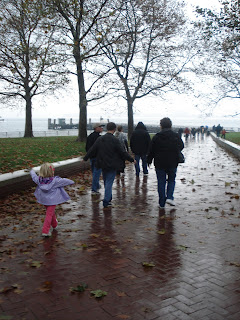 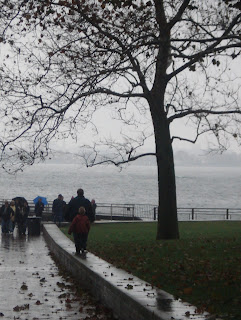 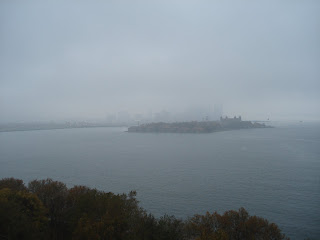 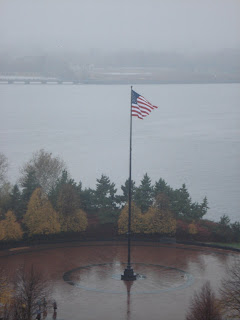 We walked around the base of the statue too, but the rain decided to come down heavier then so we didn't take too much time to stop and enjoy it. Before long we were back on the ferry heading into the city. We took the subway back and headed to Times Square for Toys R Us and Ray's pizza. 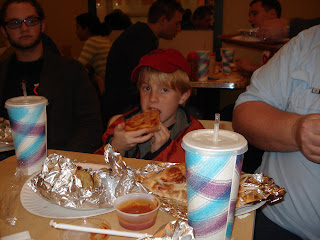 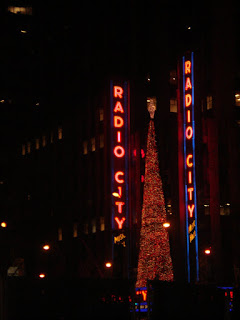 Before we left though Zoe had to go watch the skaters at Rockefeller Center again. She was mesmerized by them. She kept telling me that I had to buy her skates so she could go spin too. Guess we'll be taking a trip to an ice rink sometime soon! 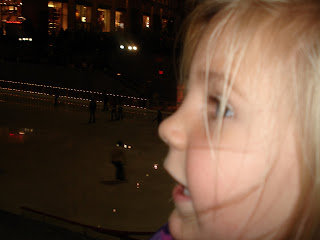 It was so nice to be able to give the kids this experience. As a teacher, I believe that the best thing you can do for your child is fill them with as much experiences as possible. I had a great day in the city and enjoying it with my family made it even better!
Email ThisBlogThis!Share to TwitterShare to FacebookShare to Pinterest
Labels: As a Teacher, family, pictures