Now THIS is a baby shower

One of my best friends is having a baby!
There is a group of us, known as "The Girls", who met about 4 years ago by pure chance. While I say chance, we all know that it was basically an act of God. I was transferred to a new school and placed in a classroom right across from Lyndie. Holly was a paraprofessional in the school for a special needs student who usually stayed home bound, but came to school that year, and Manuela was a student teacher placed with Lyndie. The four of us became very close and often commented how the power to be had made sure that we were all placed in that school because we were meant to be friends. Holly was also friends with another teacher, Karlin, and slowly we all began to hang out making sure to plan a "girl's night out" at least once a month. 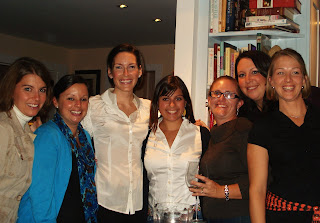 Four years later, Karlin is now one of my best friends ever and I truly don't know what I would do without her. She is one of those beautiful people both inside and out. Her husband, Keith, is the exact same way. They are both so easy going, would do anything for anybody, and just love life. They are the couple who was expecting. Making us "Girls" become "Aunties." 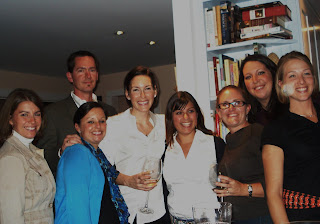 Of course, with baby's come baby showers. Instead of doing the same old, same old, Karlin had mentioned that she would like to have a couple shower. The great thing about our group is that not only do us girls get along, but our men do too. Whenever we all get together there is lots of joking, laughs, and fun to be had by all.
I must forewarn though that the term "shower" is used very loosely. We all pitched in and I gotta tell you that it was the best darn shower ever. We had yummy food including turkey chili, crab dip, pumpkin tarts, homemade salsa, raspberry brie...I think I'll stop because my stomach is starting to rumble. We also had our own barista making pumpkin latte's...oh yeah!! 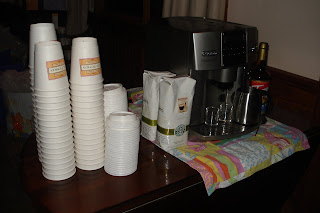 Here are some of the pictures from our Par-Tay...uh, I mean shower... 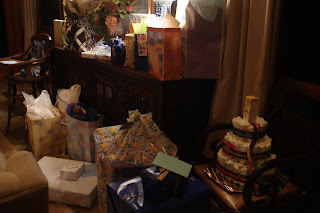 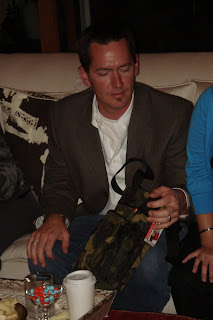 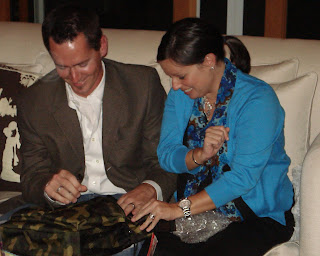 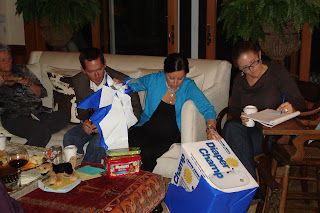 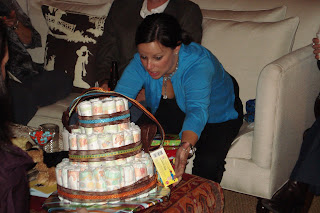 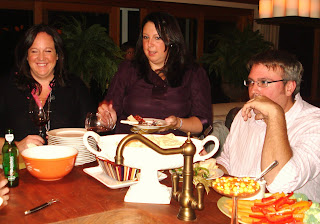 Yeah...like I said. Not your typical shower at all.
Oh and I just have to toot my own horn for a sec. I was in charge of the favors for the shower and check them out. 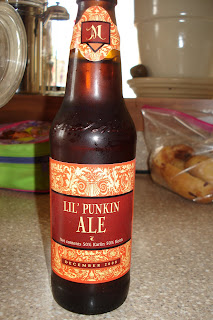 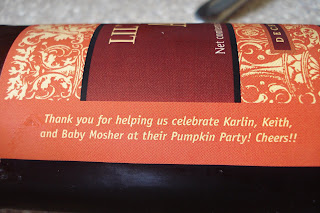 Aren't they the funnest (yes I know that it isn't a real word) things ever? Did you catch the "net contents"? Uh yeah...pat, pat on the back. Both of them are beer drinkers so we thought a nice bottle of beer with a pumpkin cake was a perfect favor.
Dave and I had a blast being able to just hang out together as a couple. Of course we didn't get a picture of us. Lyn managed to get this shot though... 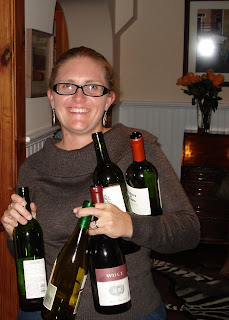 Trust me. I had help!!
Hmmmm...I wonder when we can plan another baby shower?
Email ThisBlogThis!Share to TwitterShare to FacebookShare to Pinterest
Labels: friends, pictures