As a teacher, I like the idea of projects for families to do with their children. Projects provide connections between home and school and are a time for the kids to share what they're learning and for parents to spend quality time with them.

Switching hats, as a mom, I confess that projects can be annoying. Finding the materials, finding the time, pestering the kid, and being tempted to just do it yourself can ruin the fun of any project. That quality time with your kid becomes a nightmare.

Currently, Zoe has a book report project due for her ELA class and a project display board for her academic challenge class. Yes, we have known about both projects for about a month. One project was due this week and the other deadline right around the corner. No, we had not started putting anything together before this week. We had talked about what she was going to do, but the actually doing part was lacking.

This week though with some unexpected snow days, I have had a blast working with Zoe on the projects. I LOVE the book summary assignment where they had to choose a container and include 5-6 objects that represent the book, write a summary, and be prepared to present their book. Zoe chose a mystery book that took place in a replica of the Titanic so this is her finished project... 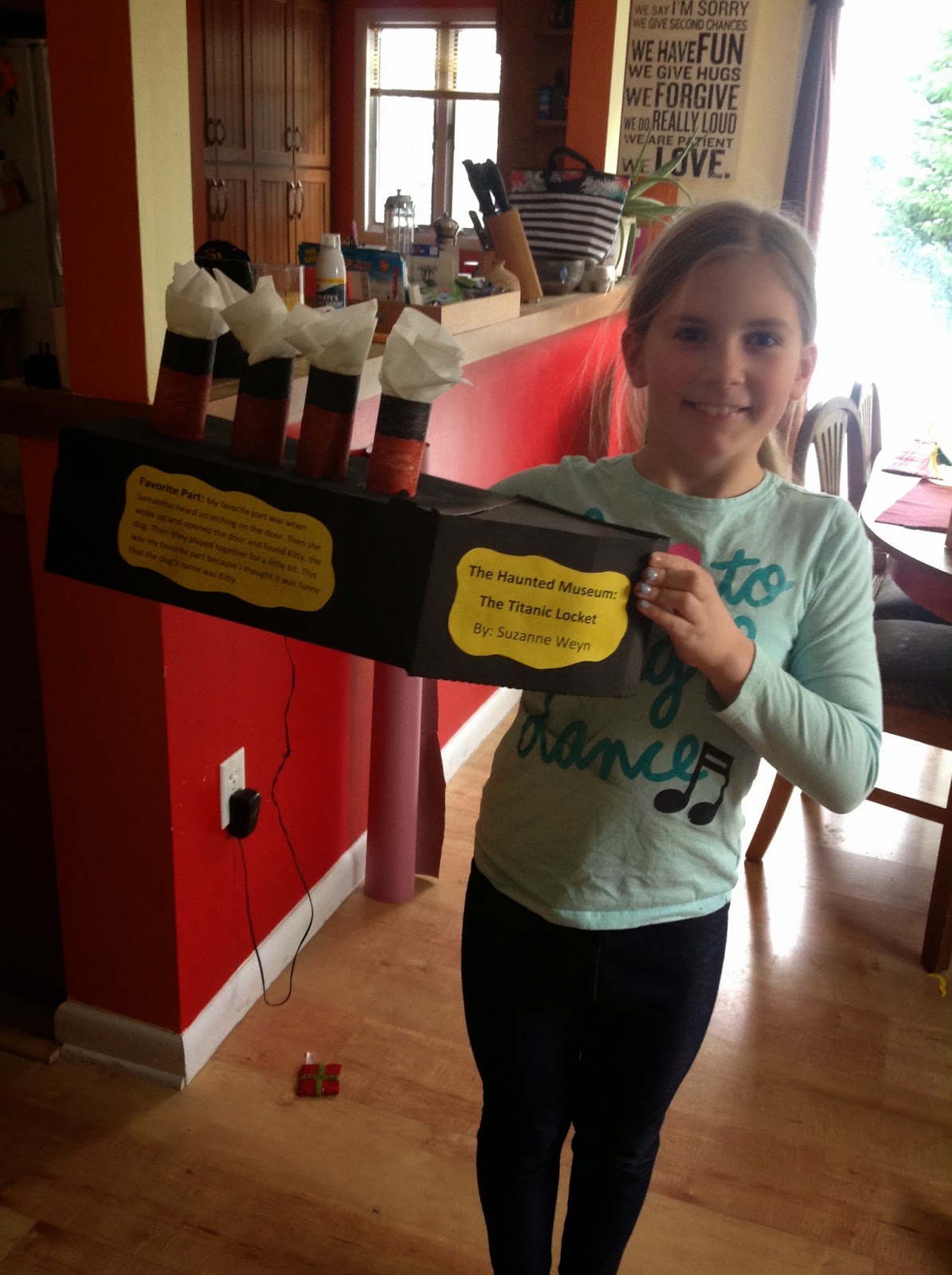 We had so much fun spray painting, discussing the story elements, choosing the objects, and putting it all together. Even Dylan got in and helped us making some of the Titanic's elements work. I'm amazed at Zoe's creativity. She has such great ideas and I love listening to her thoughts. Oh and as a teacher-mom I was thrilled with her book summary. She is such a great writer too.  That probably comes with her ability to tell such great stories!

Today, we are conquering our second project. We started yesterday and realized we were some glycerin and paint short.

How do you feel about homework projects??
Email ThisBlogThis!Share to TwitterShare to FacebookShare to Pinterest
Labels: As a Teacher, crafts, family, mommyhood

Teachers have bad days, too 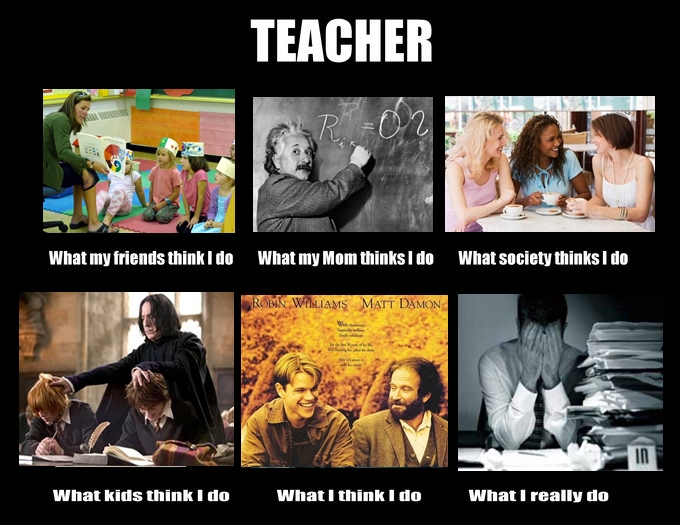 It was one of those weeks.

If you are not a believer in astrology, or at least how the natural world impacts life, please feel free to come visit my classroom, or pretty much any classroom, during a full moon. You will believe!

From early college days, teachers are ingrained with the mentality of "fake it until you make it". You can't let the kids see your emotions. Whatever happens in your life, it stays outside the classroom door.

That was not the case this week.
I failed at the faking.
I was boring.
I was impatient.
I was sarcastic.
I was unkind.

I was discouraged on the inside and it showed on the outside.

As I've been writing this post, I've went back and forth if I will hit the "publish" button. I like to keep it positive on my blog, sharing my passion for teaching and education. But, I also want to be real and the truth is that teachers are real people too. Real people who sometimes have bad days weeks.

This morning, I participated in #satchat, an educational twitter chat that takes place on Saturday morning. As I was chatting with people in my PLN (personal learning network) I could feel myself becoming inspired. These are people who "get" what I do. As I listened to all the amazing things that were happening in classrooms/schools around the country and the world, I became encouraged. I started sharing the positive of what happened in my classroom this week (because even though there were some doozies, there were also some awesome things that happened in room 1201) and felt like a weight was being lifted.

So this week I'm ready to go back in.
I will be enthusiastic.
I will be positive.
I will be patient.
I will share my love for teaching and learning!

Because teaching is my passion!

Email ThisBlogThis!Share to TwitterShare to FacebookShare to Pinterest
Labels: As a Teacher

Always follow your mother's intuition. I finally understand what my mom meant when she would tell me she "just knows things." This week, I just knew.

Back-story:
Dylan received an iPhone at the beginning of the school year. He comes home by himself and we don't have a home phone so we agreed he would get an iPhone for his 14th birthday.  That way Zoe could get his hand me down phone to have in the house in case there were times when she would get home and Dylan was not already here. While I know some parents who actually have written contracts for cell phones, Dave and I just agreed on some boundaries with Dylan. First and foremost, the phone belongs to us. It is our property. At any time we can take the phone for a random phone check. We can (and will) look at messages, photos, apps, and anything else we want. Because after all...it is OUR phone. Over the last 6 months we've had frequent phone checks. Dylan would laugh because he said he was always nervous even though there wasn't anything to be nervous about. And there wasn't.

Skip forward to this week:
I had a feeling. I knew it was time for a phone check. So I went in, said "random phone check" and saw an absolute panic come across my teenagers face. A look that made my stomach sink. I knew this wasn't going to be just an ordinary phone check. And it wasn't.

My son grabbed me and gave me a hug of somebody who was fighting for his life. I could feel his desperation. As we hugged, everything came out. I knew everything I would find on the phone.

I couldn't think. I wasn't ready.

I sat and listened. I cried. I didn't let him go. He didn't let me go.
After about a half hour we finally parted and I left with the phone.
As I did the usual phone check, I felt sick.

My son who I had worked so hard to protect had been put in some situations that I did not think he would be in. At least not at 14. Nothing that was earth changing and thankfully nothing that would have consequences beyond embarrassment. To be honest, to some it may not have even been a big deal at all, but to our family it was big enough.

It was parenting showtime. Time to have some more talks. Deeper talks.
So we did.

It's been an awkward week. I know my son is embarrassed and I am sad. We had a couple quiet breakfasts and evenings. But, I didn't let him shut me out. I hugged him. I told him I loved him and that nothing would change that.

So for all my friends who are in the same boat with me of parenting teenagers, STAY STRONG! Stay involved. Keep talking. Keep being a parent. It's not going to be easy, but it will be worth it.