Ever since Dylan started soccer a few years ago I've enjoyed being known as a soccer mom. This year Zoe decided to test out her skills and joined the team for her first season. 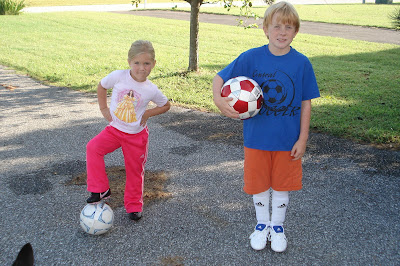 Yes, Miss Model posed for every picture I took. 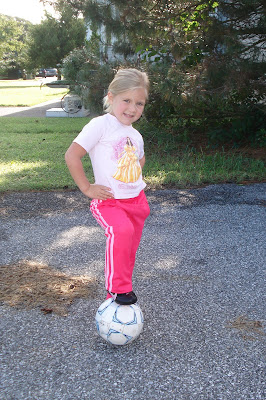 It is definitely a different kind of season as I now walk back and forth between fields so I can watch them both. I'm missing my folding chair and just sitting for a couple hours!
After a minor meltdown on the second soccer practice, I'm happy to report that Zoe seems to be getting the hang of it. She enjoys the drills, but loses steam during the games. You would think as much as the girl moves she would have stamina, but not so. She doesn't connect with the ball very much, but she does look pretty darn cute running around in her pink soccer shoes. We'll see how the rest of the season goes. 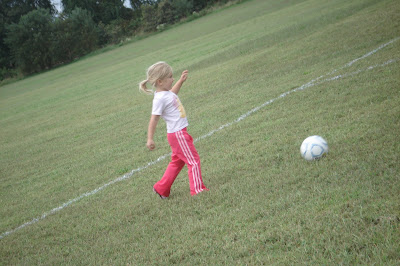 Dylan is having a blast and I enjoy watching him interact with his team. 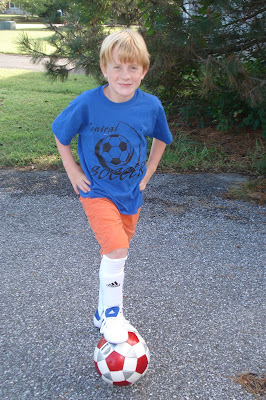 He is really coming out of his shell and it is great to see him taking more risks. Gotta say though that I never knew how much of a clown he was in front of others. I wish I would have recorded his dance moves that he was displaying on the field the other day...cracked me up. He seems to really enjoy playing soccer which makes me happy considering he is my kid that never seems to move, but would rather just sit with his computer or PSP. He definitely plays strategically trying to think ahead where the ball will go. I think he is going through a growth spurt that is throwing off his balance though cause I swear he spends more time falling on the ground than he does running across the field!! With all those boys (and a couple girls too) on the field there is never a dull moment. 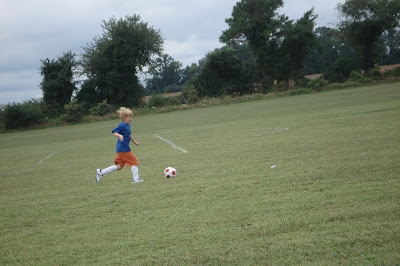 Talking about watching the kids on the field, lately I've been amazed by the number of families that drop off their kids and leave while the kids are at practice. Call me weird, but I look forward to watching the kiddos each week. I just chalk it up to being a soccer mom.

I'm curious though, do you watch your kids at practice or do you drop and run?