This past Saturday was opening day on the soccer fields!

Dylan was hanging on the fence whether or not he wanted to participate this year, but I have been feeling lately that he isn't getting enough exercise and I'm a big fan of team sports to help build social skills so I admit it...I pushed him to going. I'm so glad I did though because once he was out on the field, he rocked!! I was so proud of him as he ran across the field, dribbling, passing, and scoring!! He played goalie for a bit and I was amazed at how aggressive he was in stopping the ball. Only two balls went in and you could tell he was very proud of himself. He has two new coaches this year and they both seem like they are going to be great. They don't have much soccer experience, but they were enthusiastic and positive. By the end of the practice they were sweating as much as the team was. I can tell it's going to be a great season!! 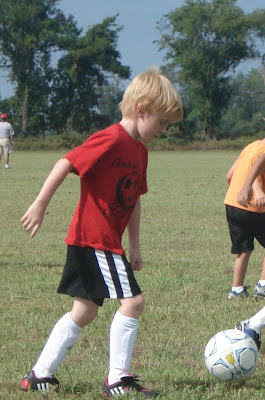 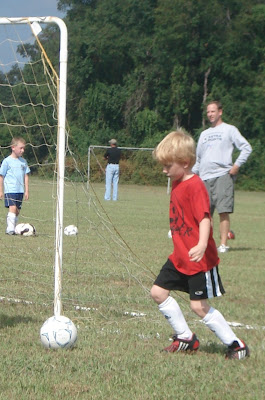 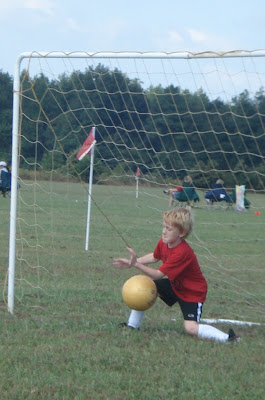